Transformation as the Blue Morpho buttefly 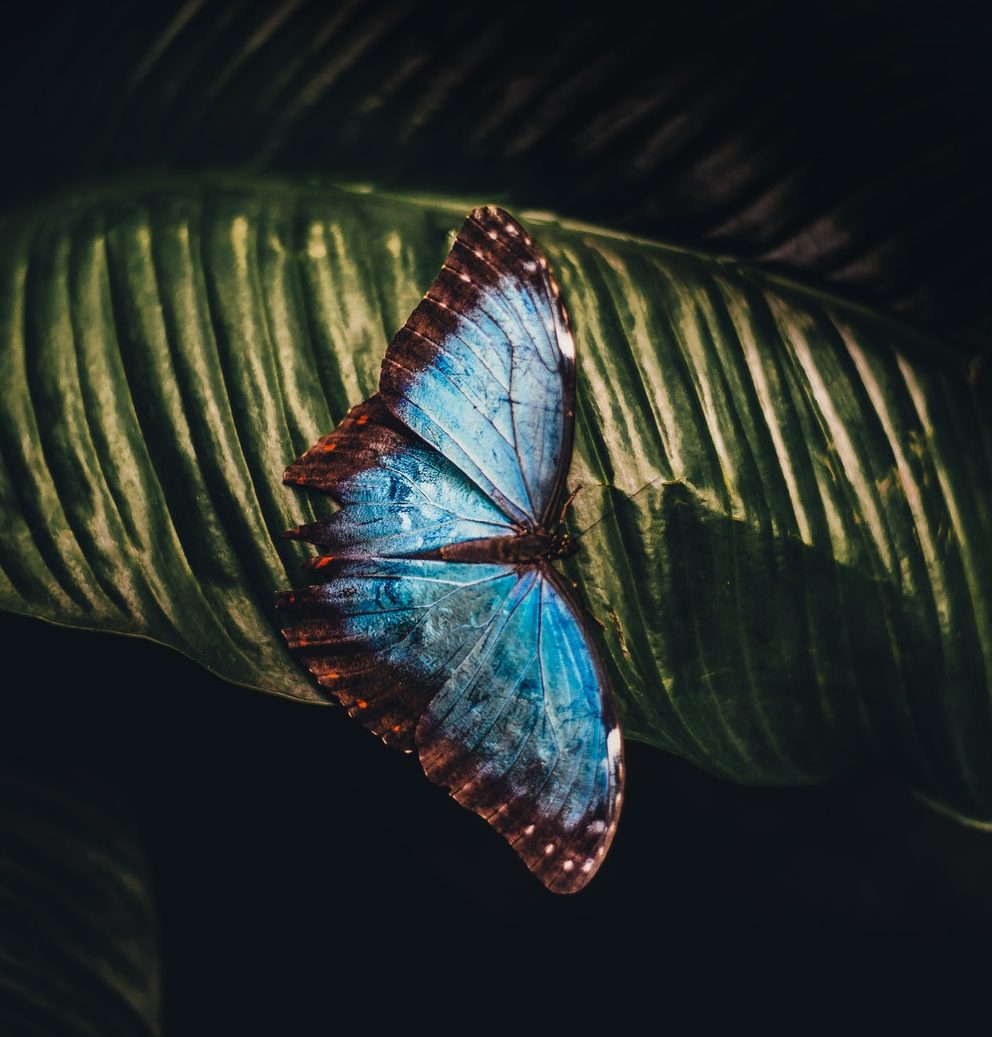 An other worldly appearance

The first time I saw it was during my honeymoon in 2000 in Costa Rica. I could not believe my eyes: the blue Morpho butterfly! In a capricious flight over a beautiful stream surrounded by the lush green of the Mid-American jungle. It is an almost otherworldly appearance: deep blue iridescent, a colour I had never seen before. This beautiful creature comes into the world from a greenish-grey caterpillar and a simple green cocoon.  This image of transformation for me supports the key message of my vision on coaching.

Out of the cocoon

IDuring our life, and especially in the early stages, we build a metaphorical cocoon around our self of survival mechanisms, ways of doing things also called Reactive Patterns (#LINK). Some work for us, and some do not. If you become conscious of what you win and what loose by exercising these patterns, you can return to who you really are at a deeper level, your essence. You can actually leave the cocoon behind and fly freely in your full potential. In general I coach more on letting go what is no longer needed, then on adding things. It is more remembering who you are in essence, than trying to add something to it which you are not.

Closer to the essence

Coaching and Mondo zen helped me to come closer to my essence, or real me in my career and it became more visible, even though I work in a large corporate. For example, Zen is really not mainstream in many organisations, as it might not be in yours. However, by telling more about this in my department and other colleagues, guys suddenly tell me they do yoga, and many people confide that they do mindfulness in some shape or form. How interesting!